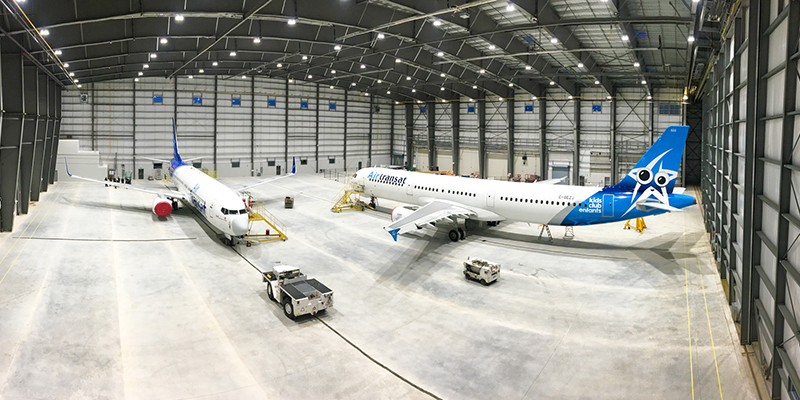 “We’re incredibly excited to reach this major milestone for KF and for our Hamilton base, which I opened almost 25 years ago,” says KF Founder and CEO, Barry Lapointe.

This massive building was completed in less than eight months and is the centrepiece of KF’s $40-million investment in Hamilton expansion projects that include new shops facilities and a state-of-the-art aviation campus for the Mohawk College Aerospace Training Hub. The hangar is 285 ft wide by 265 ft deep with a 65 ft high ceiling—giving KF the ability to induct most wide-body aircraft.

KF began hiring earlier this year in preparation for the hangar opening and has already welcomed an additional 60 staff. With 200 currently at the base, KF is planning to grow to over 400 staff in Hamilton by 2022.