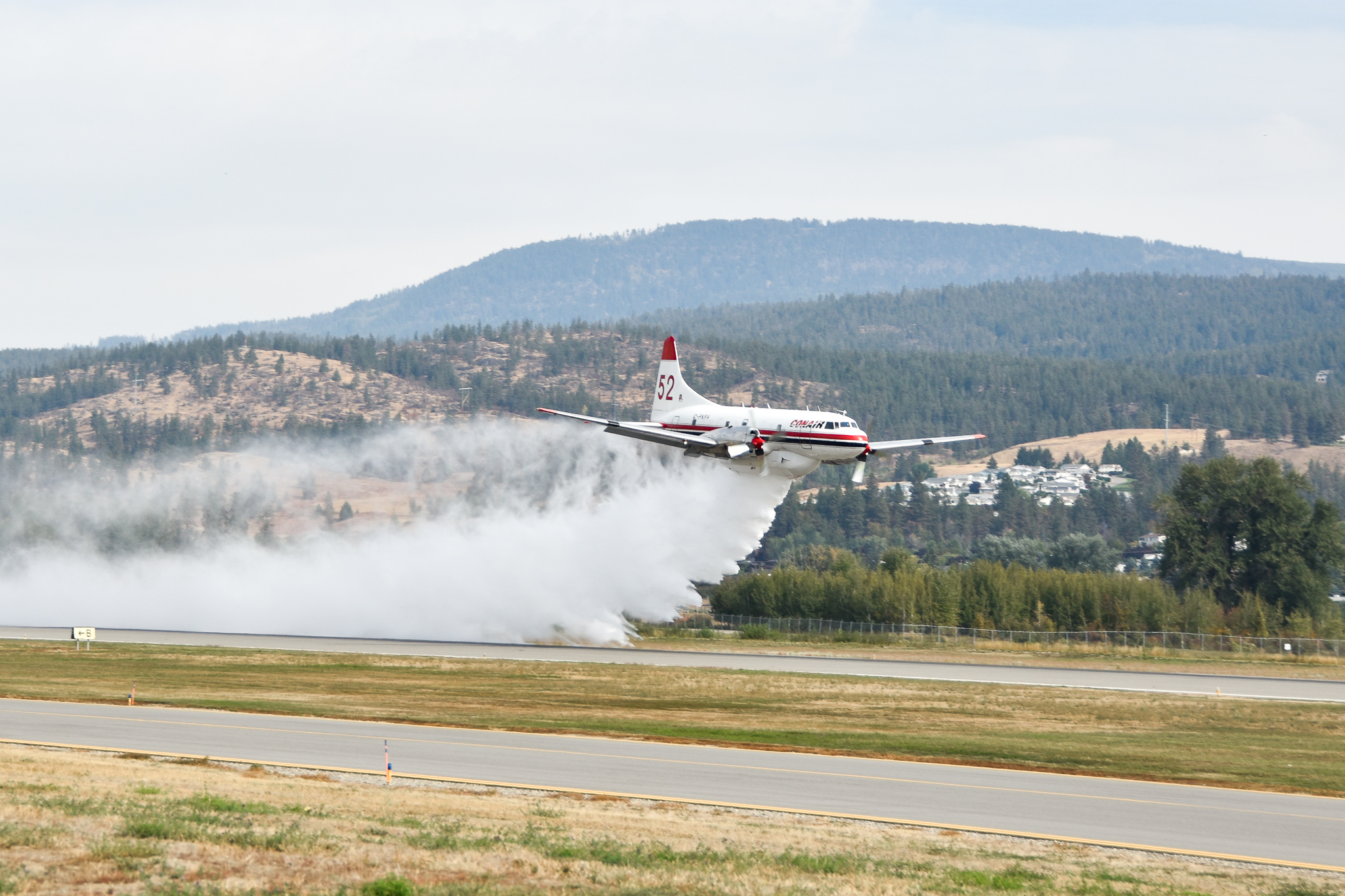 A Conair Convair 580 will be inducted into the historic aircraft collection at the KF Centre for Excellence.

September 28, 2022 – KELOWNA – KF Aerospace and Kelowna International Airport (YLW) hosted a fly-by and water drop with the last Conair CV580 tanker (T452). Conair’s fleet of Convair 580 tankers retired earlier this month after more than 20 years of service from the BC Wildfire Service.

In a final salute the aircraft made a low pass over the YLW runway just before noon, dropping approximately 7600 litres of water.

T452 will now find a new home in the state-of-the-art aviation exhibition at the KF Centre for Excellence, which opened this summer. The aircraft will be a welcome addition to the centre’s iconic aircraft collection, where it will be commemorated and kept in airworthy condition.

“This aircraft has played such a vital role in protecting our province from devastating wildfires,” said KF Centre for Excellence Executive Director, Paula Quinn. “KF also shares a special connection with the aircraft, having assisted with the tanker conversions, making this a natural fit for our collection. We’re honoured to give T452 a home and take care of it in its retirement.”

In 2000, KF Aerospace (then Kelowna Flightcraft) formed a joint venture with Conair converting 10 commercial CV580’s into tankers. KF performed the weight reduction modification for Conair, and the tanks were fitted by Aero Union or Conair. Each tanker could carry 2,100 US gallons of retardant (or 7,950 litres).